Why Is Your Dog’s Stomach Making Noises? A Vet Weighs In

The post Why Is Your Dog’s Stomach Making Noises? A Vet Weighs In by Dr. Eric Barchas appeared first on Dogster. Copying over entire articles infringes on copyright laws. You may not be aware of it, but all of these articles were assigned, contracted and paid for, so they aren’t considered public domain. However, we appreciate that you like the article and would love it if you continued sharing just the first paragraph of an article, then linking out to the rest of the piece on Dogster.com.

Ever heard a loud gurgling noise and wondered, “Why is my dog’s stomach making noises?” You’re not alone. And, more importantly, you might have wondered whetherÂ that dog stomach gurgling was something to be worried about. 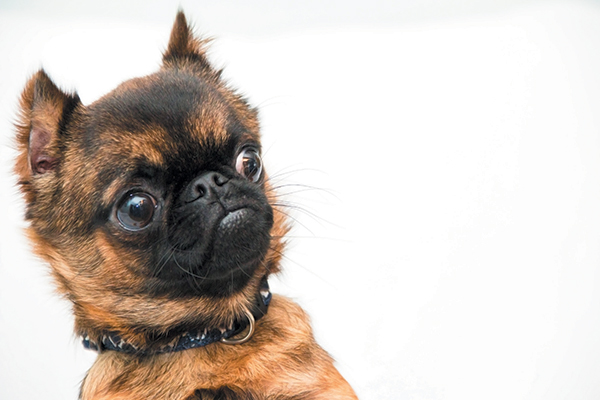 Is your dog’s stomach making noises? Is it normal or a cause for concern?Â Photography Â© JZHunt | Thinkstock.

When it comes to your dog’s stomach making noises â€” what’s normal?

Dog stomach noises, like everything in medicine, have a fancy name. The scientific name for your dog’s stomach making noises is borborygmi. These gurgling sounds are produced when gas moves from one portion of the intestines to another.

Normal borborygmi are quiet. Try the following experiment: Place your ear against your dog’s abdomen. You should hear periods of silence interspersed with soft gurgles. This is what normal borborygmi sound like.

Some dogs, however, experience episodes of abnormally loud intestinal gurgling. During these episodes the borborygmi might be audible from across the room. These sounds are not exactly normal, but they don’t always represent a crisis. Sometimes they indicate something is wrong in the intestinal tract. In other instances, they are caused by nothing more serious than hunger.

But is your dog’s stomach making noises that are loud?

Is your dog’s stomach making noises because he’s hungry?

One of the most common causes of your dog’s stomach making noises is when your dog is hungry. Intestines of hungry animals do not contain significant quantities of ingesta. (Remember how doctors have fancy words for everything? Ingesta, in most cases, means food.)

Therefore they have a higher ratio of gas to solids. And the empty intestines might start to exhibit activity in response to anticipated feeding. The result will be audible intestinal noises, or “tummy grumbling.” Breakfast is the treatment for this type of intestinal gurgling.

Is your dog’s stomach making noises because he ate something strange â€” or something he shouldn’t have?

Dietary indiscretion, such as occurs when dogs break into the trash or feast on novel food items, is a common cause of a dog’s stomach making noises. This type of gastrointestinal upset often is mild (it can be compared to what might happen when a person who doesn’t usually eat spicy food goes to a Thai restaurant).

However, be aware that dietary indiscretion in some cases can lead to very severe vomiting or diarrhea, or to other complications such as pancreatitis in dogs.

Other reasons for your dog’s stomach making noises

What to do about your dog’s stomach making noises

So, howÂ worried should you be about your dog’s stomach making noises, and what should you do? It depends upon the circumstances. If it’s the morning, and your dog appears to be feeling fine but has not yet been fed, consider offering breakfast. If he eats with his normal enthusiasm and the noises stop, there probably isn’t a problem.

On the other hand, if your dog’s stomach is making noises in combination with symptoms such as mild lethargy or slightly poor appetite, a problem could be brewing. You should brace yourself for possible diarrhea or vomiting (although these are not guaranteed to develop), and consider offering an easily digestible diet such as boiled boneless, skinless chicken breast with steamed white rice.

If your dog is producing loud intestinal noises and he seems sick, then you should seek veterinary care immediately. Symptoms that should signal alarm include significant lethargy, significantly depressed appetite or thirst, diarrhea and especially vomiting.

If you are in doubt about whether your dog needs to see the vet, the safest option is always to take him in. It is better to err on the side of caution in these types of circumstances.

Are your dog’s stomach noises painful?

Some people wonder whether loud intestinal noises are painful. Again, it depends on the circumstances surrounding your dog’s stomach making noises. Hunger pangs are not especially miserable, but the cramps associated with some of the more serious causes of loud borborygmi can be downright agonizing. Painful borborygmi are usually accompanied by lethargy and poor appetite. If your dog seems to be in pain, then a trip to the vet is in order.

Finally, some dogs experience loud intestinal noises on a regular basis. If you notice a dog’s stomach making noises â€” loudlyÂ â€” many times per week, then you should use the presence (or hopefully the absence) of other symptoms to guide your response. Dogs who experience regular loud borborygmi in conjunction with episodes of diarrhea or poor appetite might be suffering from inflammatory bowel disease, parasites, or some other chronic intestinal disorder that should be treated.

Dogs who feel fine but produce loud intestinal noises regularly probably don’t have anything wrong (although you should have your vet confirm it). After all, some individuals are gassier than others, and some intestines are naturally more active than others.

This piece was originally published in 2015.Â

The post Why Is Your Dog’s Stomach Making Noises? A Vet Weighs In by Dr. Eric Barchas appeared first on Dogster. Copying over entire articles infringes on copyright laws. You may not be aware of it, but all of these articles were assigned, contracted and paid for, so they aren’t considered public domain. However, we appreciate that you like the article and would love it if you continued sharing just the first paragraph of an article, then linking out to the rest of the piece on Dogster.com.

Glad to have you at Our Store
Welcome to Our Store